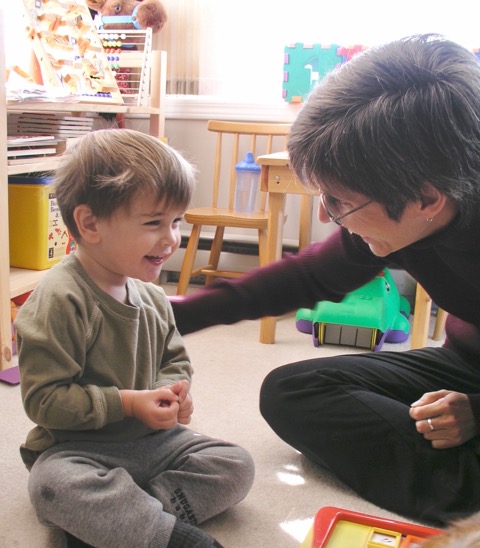 Tracy was a self-employed mom of one, and after hearing so many marvelous things about the benefits of baby sign language, she decided to give it a try.

What Tracy had to say…

“We used sign language with our son when he was a baby and WOW, I can’t tell you how fun it was to be able to communicate with him so early on in his little life when his mind was working (and ready) but his lips, tongue & teeth weren’t ready yet.

He went on to develop amazing articulate speech and an extensive vocabulary, and now at age 12, is also fully fluent in Spanish.

I remember when we first decided to try this, there were skeptics among our friends and family (and also, those who saw us signing and asked, “Is he deaf?”). But when they saw how it worked, they too were amazed.

I truly believe that his early exposure to ‘alternative’ communication had an impact on both his above-average ability with English and his ease with learning other languages.

And BTW, thanks to signing his ‘twos’ were anything but terrible ;-)”

After Tracy was so kind to share her inspiring story with us, we reached out to ask a few additional questions.

Did you have any other kids that you used sign language with? 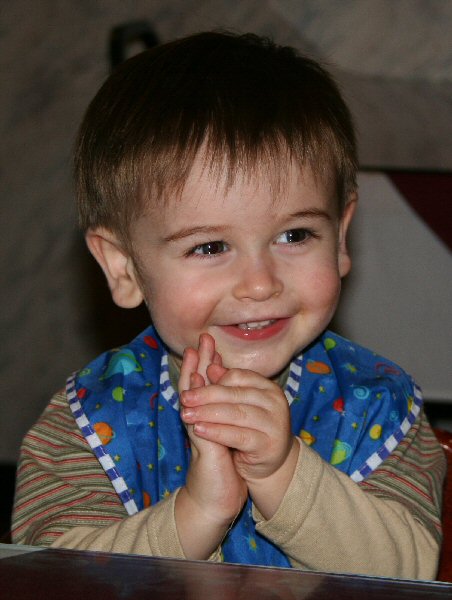 “Nope. Griffin is our only child. But I would have done it again for sure with a second child. I’m sure the first child would have helped right along.

If I recall correctly, there were some other parents in our circle of friends who were using sign language or at least dabbling in it.

Griffin started talking sooner than we expected… proof to debunk the (crazy) myth that babies who learn to ‘talk’ with signing will never actually learn to talk… say, what?!

As I used to tell people, just because babies crawl first doesn’t mean they won’t learn to walk (and run, and skip, and dance…)”

Do you have any advice for parents who are just starting to sign with their baby?

“I thought it would be hard to learn a new ‘language,’ but you really only have to start with a few key signs to see it working, and when it works, that’s when you get really motivated to learn more. We took a class at one point, and the instructor was deaf. That was really helpful and insightful.

One thing I am recalling now, and at the time, there were two schools of thought. One that advocated using actual ASL signs, and one that based their language on modified ‘baby’ signs. I definitely vouch for the ASL approach. Without using actual ASL signs I kind of felt like I’d be teaching my child to talk using ‘baby talk,’ which I would never do.

The brain is an amazing thing, and I believe even a baby can learn much more than we assume – if given the chance. I also felt that if the signs ‘stuck’ with my child (or with me) we’d know a little ASL, instead of just some baby version of it. 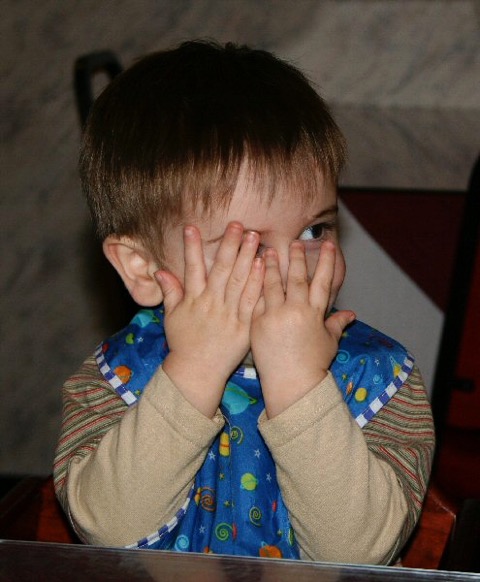 Just the other day, for the first time in a very long time, Griffin recalled the fact that we used to sign with him. We reminisced about it and we both still knew quite a few of the signs. My family recalls it too, with fondness. It was fun then, and fun to remember it now. And I’m not kidding when I said that I really think his current fluency in Spanish was facilitated by his brain being trained very early on to think in a broader way about language.

Of course, I have no real evidence about that. We are Canadian, but we came to Mexico for a house-sit… seven years ago! I know the immersion is the biggest factor of all, and he may have learned Spanish just as easily without having ever learned to sign… but I still think there’s a link. It’s more an intuition, and I’m sticking with it!”

“I recalled a funny sign language story. When Griffin was still really little (but signing) my dad thought it would fun to let him try wasabi (he was an adventurous eater, and still loves sushi!). So he tasted it, started to fuss, started to cry, and just as I was about to comfort him, the ‘heat’ disappeared (as it does with wasabi)… and he signed for ‘more’!”

Thanks, Tracy! We really appreciate you sharing your easy-breezy parenting journey 🙂

P.S. Want to parent with confidence, clarity, and ease? I’d be so HONORED to help you!

To begin, download one of my freebies! Or, work with me. 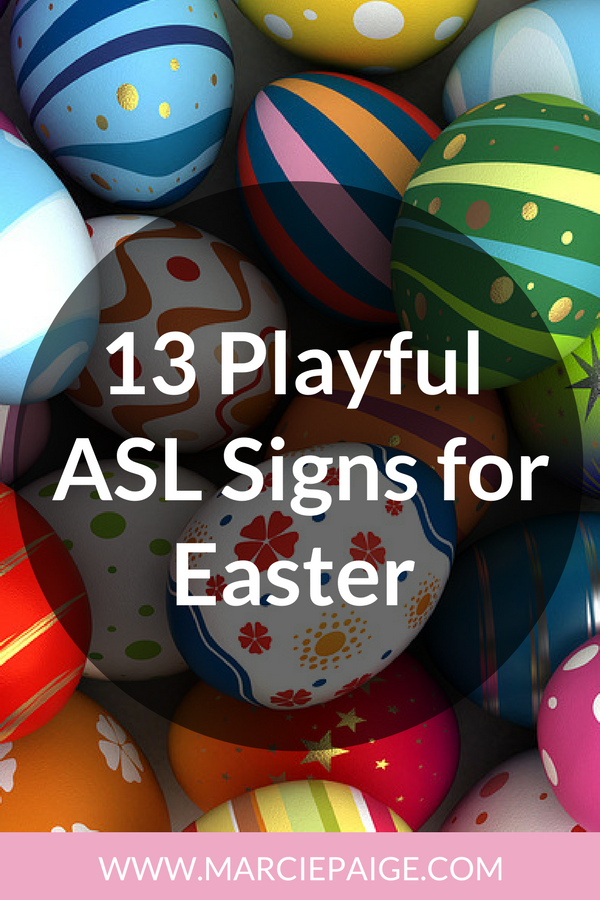 Speech vs Language – They are not the same thing. Watch the video!

When to start signing with your baby — Or, is it too late? Find out here!

How to teach a sign and make it stick. (It’s easier than you think!) Go here!

Next: 17 Festive ASL Signs for Thanksgiving